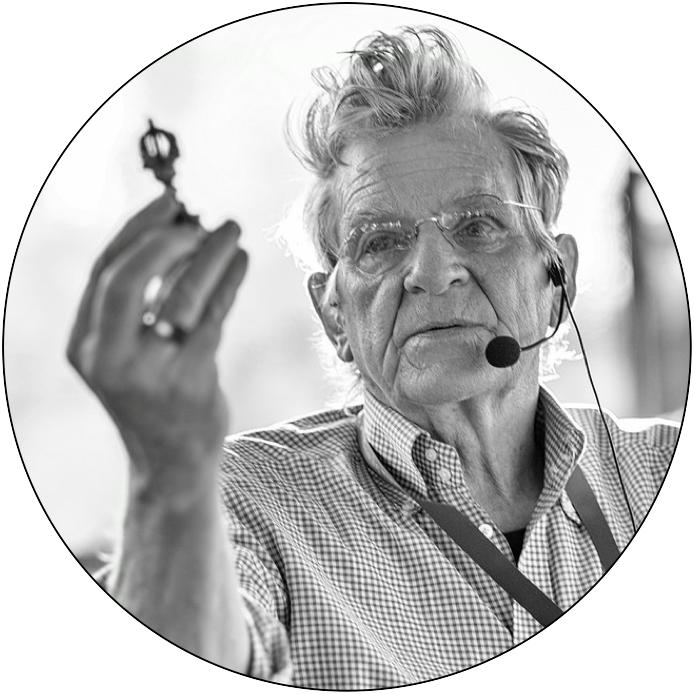 Bob Thurman, known in the academic circles as Professor Robert A.F. Thurman, is a talented popularizer of the Buddha’s teachings and the first Westerner Tibetan Buddhist monk ordained by His Holiness the Dalai Lama,

A charismatic speaker and author of many books on Tibet, Buddhism, art, politics and culture, Bob was named by The New York Times the leading American expert on Tibetan Buddhism, and was awarded the prestigious Padma Shri Award in 2020, for his help in recovering India’s ancient Buddhist heritage. Time Magazine chose him as one of the 25 most influential Americans in 1997, describing him as a “larger than life scholar-activist destined to convey the Dharma, the precious teachings of Shakyamuni Buddha, from Asia to America.”

Bob served as the Jey Tsong Khapa Professor of Indo-Tibetan Buddhist Studies in the Department of Religion at Columbia University for 30 years, until 2020. A very popular professor, students always felt his classes were “life-changing”. Bob is the founder and active president of Tibet House US, a non-profit organization dedicated to the preservation and promotion of Tibetan culture, and of the American Institute of Buddhist Studies, a non-profit affiliated with the Center for Buddhist Studies at Columbia University and dedicated to the publication of translations of important artistic and scientific Tibetan treatises.
His own search for enlightenment began while he was a university student at Harvard. After an accident in which he lost the use of an eye, Bob left school on a spiritual quest throughout Europe, the Middle East and Asia. He found his way to India, where he first saw His Holiness the Dalai Lama in 1962. After learning Tibetan and studying Buddhism, Bob became a Tibetan Buddhist monk and the first Westerner to be ordained by the Dalai Lama. Some years later, however, he offered up his robes when he realized he could be more effective in the American equivalent of a monastery: the university, returning to Harvard to finish his PhD.

As part of his long-term commitment to the Tibetan cause, at the request of H.H. the Dalai Lama, Bob co-founded Tibet House US in 1987 with Tenzin Tethong, Richard Gere, and Philip Glass, a non profit organization based in New York City and dedicated to the preservation and renaissance of Tibetan culture. 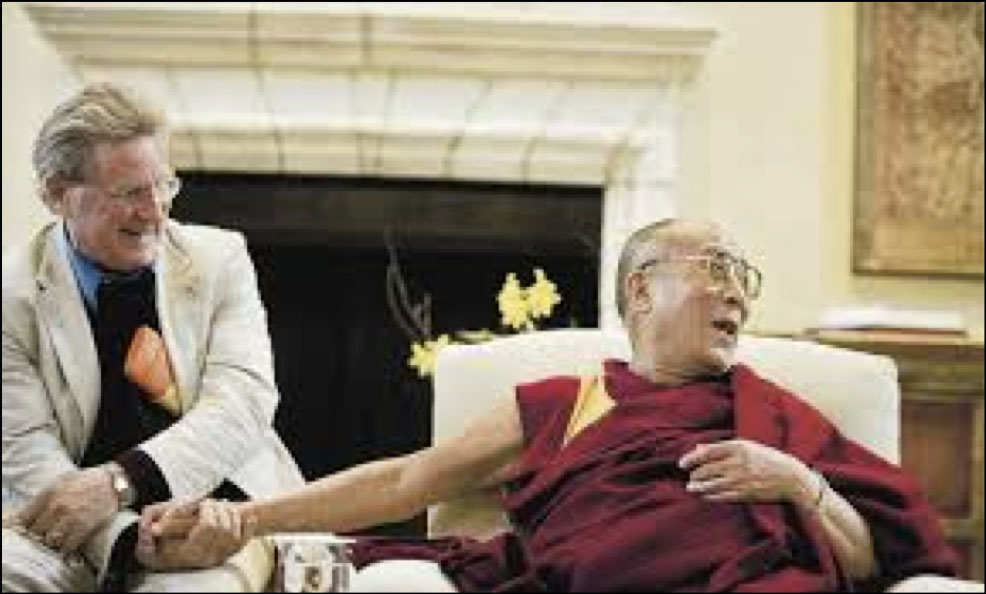 Inspired by his longtime good friend the Dalai Lama, Bob takes us along with him into an expanded vision of the world through the prisma of Tibetan Buddhism. He shares with us the sense of refuge in the Dharma, which unfailingly helps us clear away the shrouds of fear and confusion, sustains us with the cheerfulness of an enriched present, and opens a door to a path of realistic hope for a peaceful, kind, and wise future.