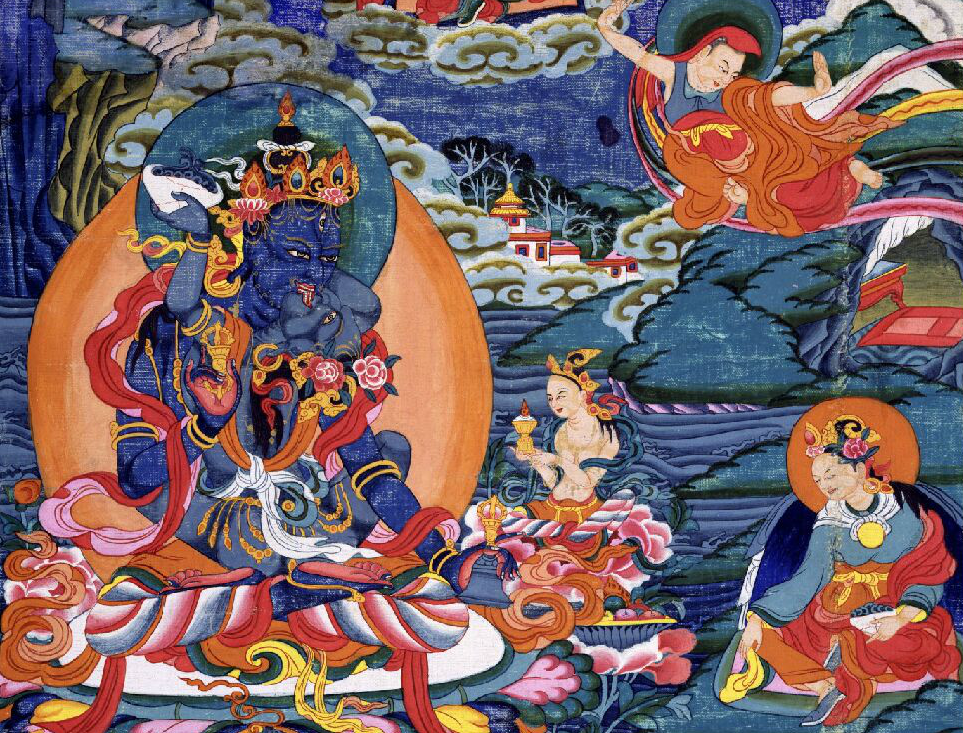 Lucid Dying with the Tibetan Book of the Dead

Years ago my original teacher, the Venerable Geshe Ngawang Wangyal of the Labsum Shedrub Monastery, gave me a copy of a Tibetan volume printed in India, entitled The Tibetan Book of the Dead. He had a way of saying certain things so that you remembered them long afterward, giving them a special impact, as if the words stood outside of time. “Here, you are going to need this!” At the time, working on this book was not a priority for me. But I kept it carefully, knowing my teacher’s insight, and thinking that some day I probably would need it.

The Tibetan Buddhist Art of Dying

I had long known the old translation of this same text by Kazi Dawa Samdup and W. H. Y. Evans-Wentz, which had started the misnomer, “The Tibetan Book of the Dead.” I had read it and used it when relatives and friends died. It described a very real process through which we all have to go after death and before the next life that we will most probably have to face. I had also read the Francesca Fremantle and Chogyam Trungpa Rinpoche version, writing a review of it for a scholarly journal some time ago. In spite of its psychologized metaphysic and terminology, it was an improvement on the earlier translation.

The Tibetan Book of the Dead was written by the great master Padma Sambhava in the eighth or ninth century for Indian and Tibetan Buddhists. It was hidden by him for a later era, and was discovered by the renowned treasure-finder Karma Lingpa in the fourteenth century. It organizes the experiences of the between (bar-do) usually referring to the state between death and rebirth—according to the expectations of initiates in a particular esoteric mandala (a sacred universe), the mandala of the hundred mild and fierce Buddha deities.

Tibetan Book of the Dead: Natural Liberation Through Understanding in the Between

To begin with, we all need to escape from the misleading title, or at least reduce it to a subtitle. No Tibetan expression is translatable as “Book of the Dead.” In the actual Tibetan title, Bardo thos grol, bardo simply means the “between-state.” In common parlance, “the between” refers to the whole process between death and rebirth.  More technically, Tibetans discern six betweens, the intervals between birth and death (“life between”), sleep and waking (“dream between”), waking and trance (“trance between”), and three betweens during the death-rebirth process (“death-point,” “reality,” and “existence” betweens). Thos pa refers to one of three types of wisdom or understanding, those developed by learning,  reflecting, and meditating. The words thos grol mean that this book’s teaching “liberates” just by being “learned” or “understood,” giving the person facing the between an understanding so naturally clear and deep that it does not require prolonged reflection or contemplation. So the most common Tibetan title of the work is The Great Book of Natural Liberation Through Understanding in the Between (Bardo thos grol chen mo). It is itself a subsection of a larger work called The Profound Teaching of The Natural Liberation Through Contemplating the Mild and Fierce Buddha Deities.

I became inspired by such reflections. I decided to try to produce a version that would be simple and useful, easy for bereaved relatives to read, and easy for lost souls to hear in the room where they anxiously hover about their corpses and wonder what has happened to them. At the same time, I would put in the commentary a technical description of the death process gleaned from the larger Tibetan literature on Unexcelled Yoga.

From the Introduction to Robert A. F. “Tenzin” Thurman’s Tibetan Book of the Dead