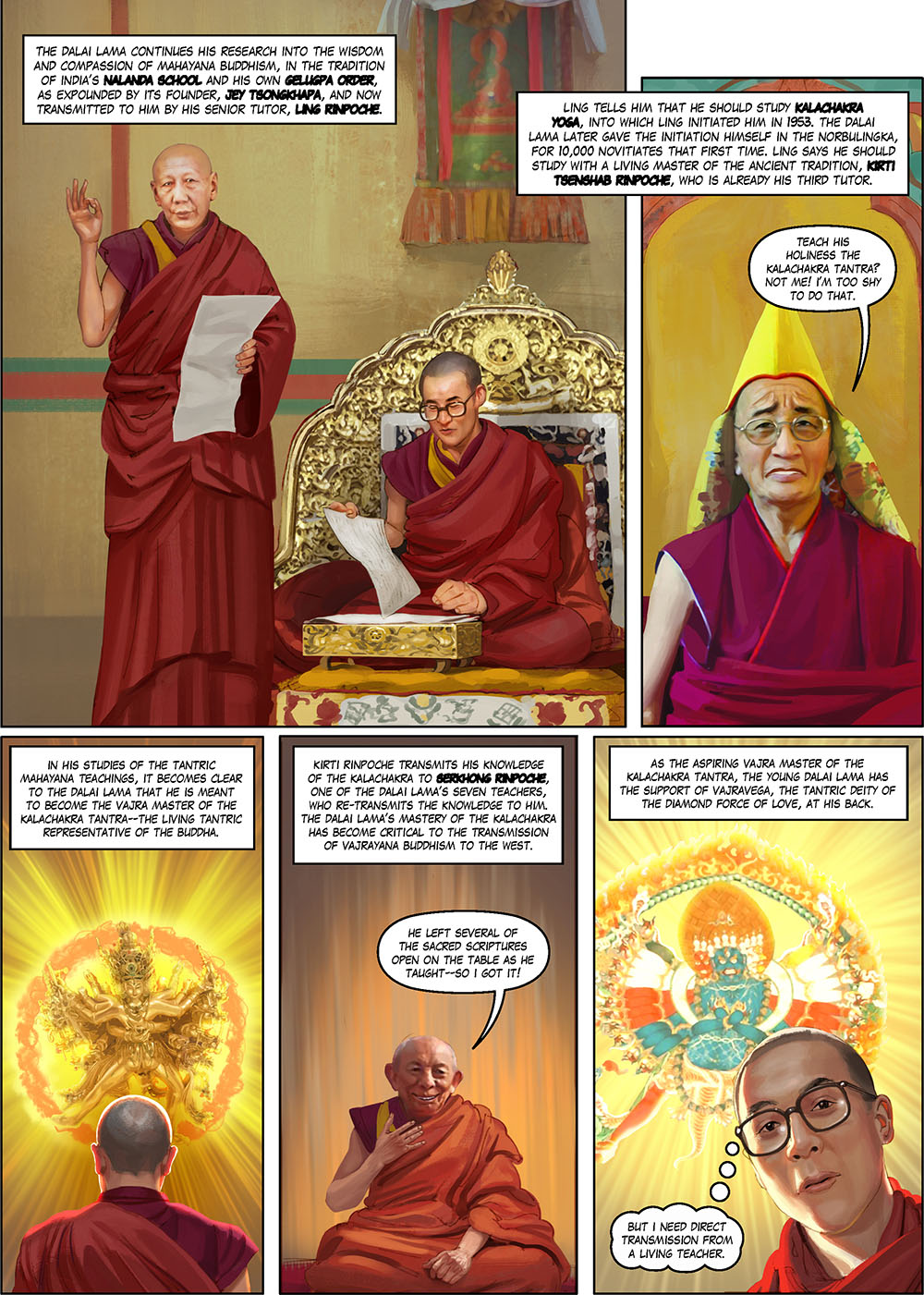 The story of the Fourteenth Dalai Lama, the world’s foremost proponent of peace and nonviolence, as depicted in this full-color graphic novel, tells in its second and third parts of his educational training in childhood to ascend to the height of Buddhist learning and the political leadership of Tibet. He attains maturity and bodhisattvic power just in time to cope head-on with the invasion and occupation of Tibet by Communist China. The clash of implacably opposed cultural forces over the years of occupation leads finally, in 1959, to the young Dalai Lama’s escape, with his family and closest followers, into exile in India.

The fourth through tenth concluding parts relate the life and heroic activity of His Holiness in exile, as spokesperson for the vast community of Tibetan exiles now established in countries around the world. Still longing for the recovery of an autonomous, culturally free, homeland, the Dalai Lama and his people deal with unrelenting oppression under occupation, while continuing to live the Tibetan lifestyle of compassion, devotion, and indefatigable good cheer.

This work was conceived by William Meyers, its script written in collaboration with Robert Thurman as editor, keeping a promise made to the Dalai Lama in 1993. It has been expanded and refined over a decade; produced by the financial and organizational support of Tibet House US, the U.S. Cultural Center of H. H. the Dalai Lama; initiated artistically by master of both traditional and modern Tibetan art, Rabkar Wangchuk; further developed visually by a graphic artist team led by Steve Buccellato; and completed in book form with the technical assistance and production coordination of digital artist Michael Burbank.

Your tax-deductible donation will help Tibet House US finish production and publication of Man of Peace: the Illustrated Life Story of the Dalai Lama as part of its educational work on behalf of Tibetan culture.

We need your help if we are to finish this important graphic novel within this year of His Holiness’ 80th birthday!

To support this project please visit The Man Of Peace Fundly Page.