In this podcast Robert A.F. Thurman discusses the significance of March 10th in Tibetan history & in the context of the English translation of Sofia Stril-Rever’s book, “My Appeal to the World”, which is a collection of transcripts of 50 speeches given by His Holiness The Dalai Lama on March 10th between 1961 and 2011, with commentary by Robert Thurman, published by Tibet House US.

Professor Thurman further discusses the Tibetan Freedom rally in front of the United Nations this year, and elaborates on the speech he gave there.

“Tibetan Uprising Day, the day we commemorate the heroism of the Tibetan people, who stood up against the Chinese occupying forces, who had carefully planned a lethal trap of multiple artillery batteries around Lhasa in March, 1959!

Throughout the 50s, all the Tibetans, starting with those in the eastern provinces of Amdo and Khams, had been systemically crushed under the Red Chinese military invasion, occupation, and ethnic violence for the previous nine years, as Mao and Deng pursued their master plan of conquering Tibet.

The communist dictatorship wanted to own the million-square-kilometer high plateau as capstone of their new Chinese colonial Empire, which hid itself behind a Marxist façade of “liberating the people.”

The final assault on the center in 1959 was precipitated by Mao and Deng’s decision to sweep away what they had been allowing by a 1951 imposed treaty as a token Dalai Lama government, while they built up their forces and and prepared for their time of total crackdown. In 1959, they wanted to get this government out of the way so they could complete their assault on Buddhism,Tibetan culture, and go full blast into the campaign to assimilate the entire plateau, its people and resources.

The Tibetan people said a definitive NO with their bodies and lives, protecting their heart, H. H. the Dalai Lama, incarnation of Chenrezig, the archangel of universal compassion. Luckily, the Dalai Lama escaped to India, miraculously evading the surrounding ring of Chinese assault troops. Nevertheless, tens of thousand of the assembled Tibetan people were slaughtered without mercy. Since then the Chinese colonialist program of occupation and exploitation has devastated the Tibetan people and the land and resources of the high plateau.

Today we formally commemorate the great sacrifices made by the brave Tibetan people, and observe that the unarmed resistance also remains steadfast and growing, generation after generation.

History never ends, and sane governance on this planet will finally triumph for us all, when Tibet is once more actually free, no matter what face-saving political language is used to describe it. China then will have to assume responsibility for its devastation of the nation and the country, and rush to be the lead patron among the world’ nations to restore the environment and support the Tibetan people’s revitalization of their precious nonviolent and enlightened culture!!

To watch + listen to  recordings of past events with Robert Thurman please consider becoming a Tibet House US member. Learn about joining the Tibet House US Membership Community with a monthly tax-deductible donation by visiting: www.tibethouse.us. 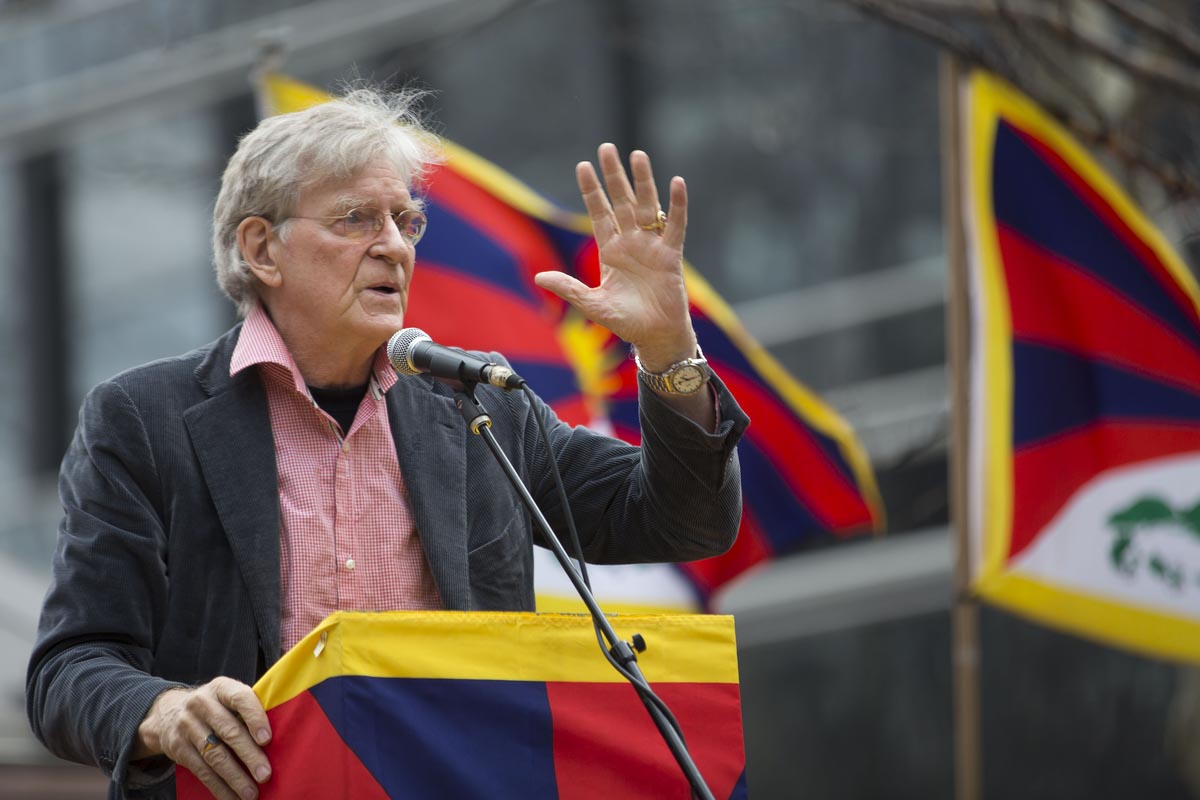