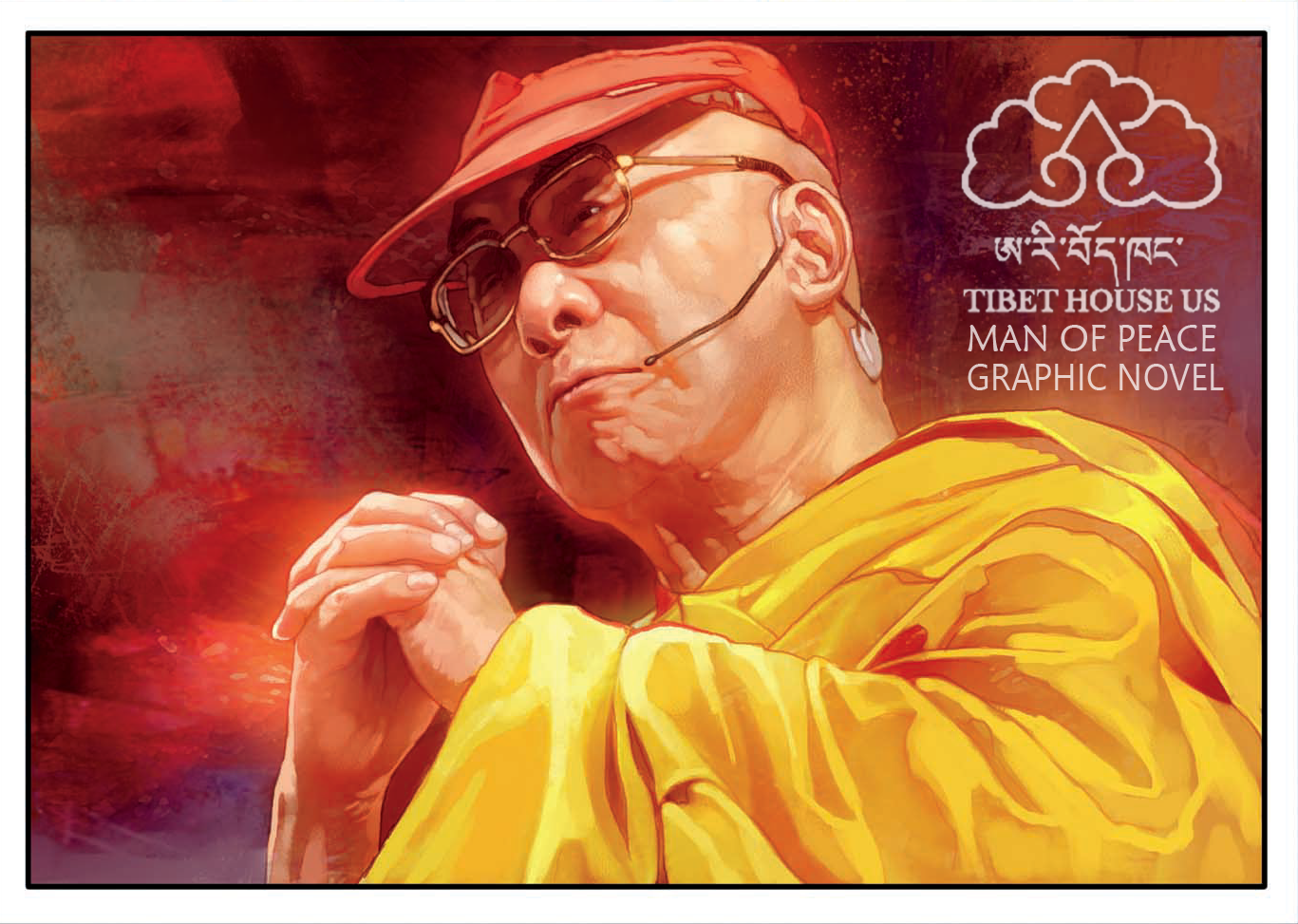 In this podcast Robert AF Thurman discusses the history of the Tibet House US publication graphic novel “Man of Peace” and his long time personal relationship with His Holiness the Dalai Lama.

After more than a decade in the works Professor Thurman discusses the ‘Man of Peace: Illustrated Life of the Dalai Lama’ Graphic Novel publication + provides an introduction to the history of Tibet, Buddhism & the 14th Dalai Lama.

“Why the “life story” of the Dalai Lama? It is a story of one man taking on an empire, calling for truth, peace, and justice for his Tibetan people. Here, in full color for the first time, people can come to know the whole drama of his lifelong struggle. Since the age of 15, the Dalai Lama has defended his people against one of the last great empires, the People’s Republic of China. Under its “dictatorship of the proletariat,” China began to invade Tibet in 1950, decimating and then continually oppressing its people. Since colonialism cannot be practiced in our era of self-determined nations, China always maintains that the Tibetans are a type of Chinese, using propaganda and military power to crush Tibet’s unique culture and identity. Yet the Dalai Lama resists by using only the weapon of truth—along with resolute nonviolence—even worrying some of his own people by seeking dialogue and reconciliation based on his more realistic vision.

The great 14th Dalai Lama of Tibet has become the first global Dalai Lama, a prominent transnational leader of all who want to make the dramatic changes actually necessary for life on earth to thrive for centuries to come. Considered the incarnation of the Buddhist savior Chenrezig or Avalokiteshvara—archangel of universal compassion—he is believed to appear in many forms, at many different times, whenever and wherever beings suffer. Representing the plight of his beloved Tibetan people to the world, he has also engaged with all people who suffer oppression and injustice, as recognized in 1989 by his being awarded the Nobel Peace Prize. Most importantly, the Dalai Lama walks his talk throughout these pages, as he has throughout his life, and he radiates a powerful hope that we can and will prevail.

Man of Peace presents the inside story of his amazing life and vision, in the high tension of the military occupation of Tibet and the ongoing genocide of its people—a moving work of political and historical nonfiction brought to life in the graphic novel form—here for all to see.”

From Man Of Peace: The Illustrated Life Story of Tibet’s Dalai Lama

To learn more about + get your copy of the ‘Man of Peace’ Graphic novel please visit: www.amazon.com.