Rev. Danny Fisher, M.Div., D.B.S. (Cand.), is a professor and Coordinator of the Buddhist Chaplaincy Program at University of the West. Prior to his appointment at UWest, he served on the adjunct faculty for Antioch Education Abroad’s Buddhist Studies in India program. He earned his bachelor’s degree in Religion from Denison University and Master of Divinity from Naropa University, and is currently finishing his doctorate in Buddhist Studies at UWest.

Danny was ordained as a lay Buddhist minister by the Buddhist Sangha Council of Southern California in 2008.  In addition, he is certified as a mindfulness meditation instructor by Naropa University in association with Shambhala International. He also serves on the advisory council for the Upaya Buddhist Chaplaincy Program, and in 2009 became the first-ever Buddhist member of the National Association of College and University Chaplains.

A blogger for Shambhala Sun and elephant journal, he has also written for Tricycle: The Buddhist Review, Religion Dispatches, The Journal of Buddhist Ethics, The Journal of Religion & Film, Eastern Horizon, New York Spirit, Alternet’s Wiretap Magazine, and other publications. In addition, he has commented on Buddhism in America for the BBC, the Associated Press, E! Entertainment Television, the Religion News Service, Buddhist Geeks, and The New York Times. 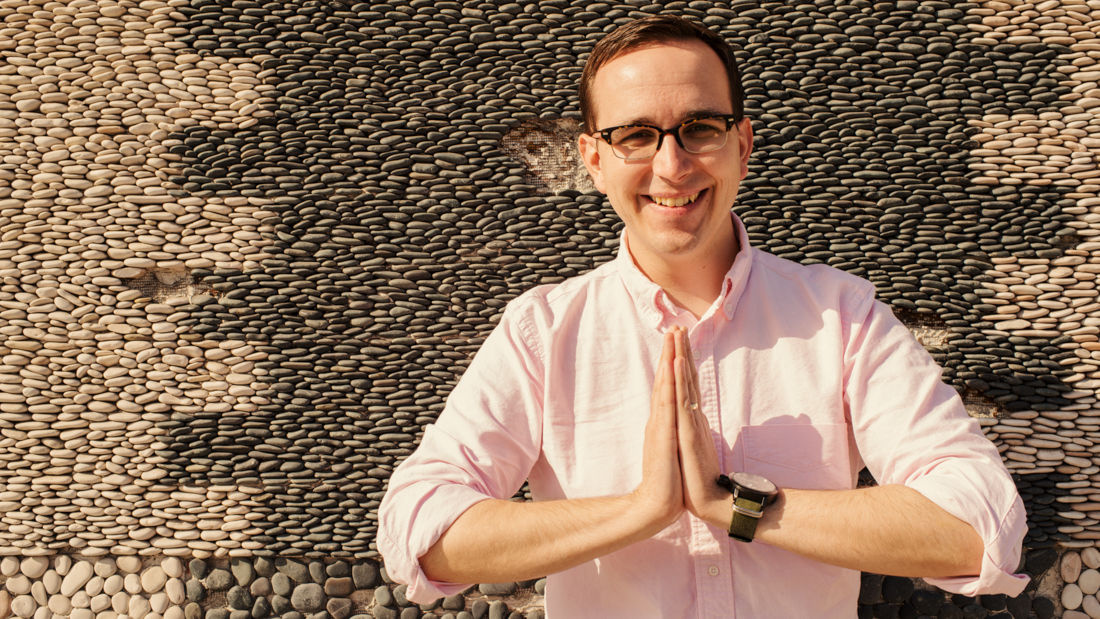 What do you think the responsibilities of His Holiness will ultimately look like in the next few years?

The news is actually old news, in that, decades ago, His Holiness alerted the Tibetan people to his intention to get the Dalai Lama institution out of political focus. However, this formal resignation in the context of the election of Prime Minister and Parliament of the Government-in-Exile is exciting: the outgoing Parliament eventually accepted his resignation, and Tibetans are assuming a new sense of responsibility, while intensifying yet further their devotion and appreciation of their Dalai Lama.

Tibetans in exile have an exemplary political involvement in a nonviolent liberation movement, setting an example for world. When China eventually catches up to the contemporary political reality, they will follow the Dalai Lama’s wishes themselves, and, far from losing anything but their problems, will benefit enormously. The president who changes Tibet policy from genocide to restoration of the Tibetan people, landscape, and culture, will receive a Nobel Peace prize himself, and the turn-around will accompany a new openness to Chinese and Tibetan Buddhism as well as Christianity, Islam, Taoism, Confucianism, spirituality in general, and so on, and even a massive, peaceful shift internally to a multi-party democratic governance system. At that point, the Tibetan people will be able to make a great contribution to the United States of China, leading the way in the living practice of a nonviolent spiritual democracy, while the Chinese government and private citizens will make a great contribution repairing the damage wrought by the PRC/CCP to the Tibetan environment, people, and culture.

His Holiness will continue to inspire movement in that direction in the next few years, but, as he is getting more and more elder by the day, it is inefficient of the Chinese leadership not recognize that he is their best friend, and to avail themselves of his positive consultancy as soon as possible.

The leadership style of His Holiness in terms of the Sino-Tibetan conflict is something that is much discussed both by the Tibetan exile community and pundits in the mass media. As we consider His Holiness as a political leader, I’m wondering: What you feel His Holiness’s greatest successes have been in this regard? What do you think his legacy will be?

His Holiness is the living standard bearer of Buddha, Jesus, etc., up to Gandhi, Cesar Chavez, and Martin Luther King in responding to hatred with love, to violence with nonviolence, to prejudice and extremism with open-mindedness and moderation, to gloominess with humor, and to impractical confusion with intelligent realism. Worldwide this is well known by now, and more and more people are discovering every day to their amazement that there is positive, effective leadership somewhere on this massively misled planet. When people complain that his nonviolent effort to free his people is not working so well, one has to point out that neither are the various violent liberation movements working out, and that the Civil Rights movement in the U.S., the Velvet revolution in Europe, and the ANC experienced success after shifting from violent to nonviolent policies. These are examples of the inevitable eventual success of intelligent, calm, and heroic peacefulness. 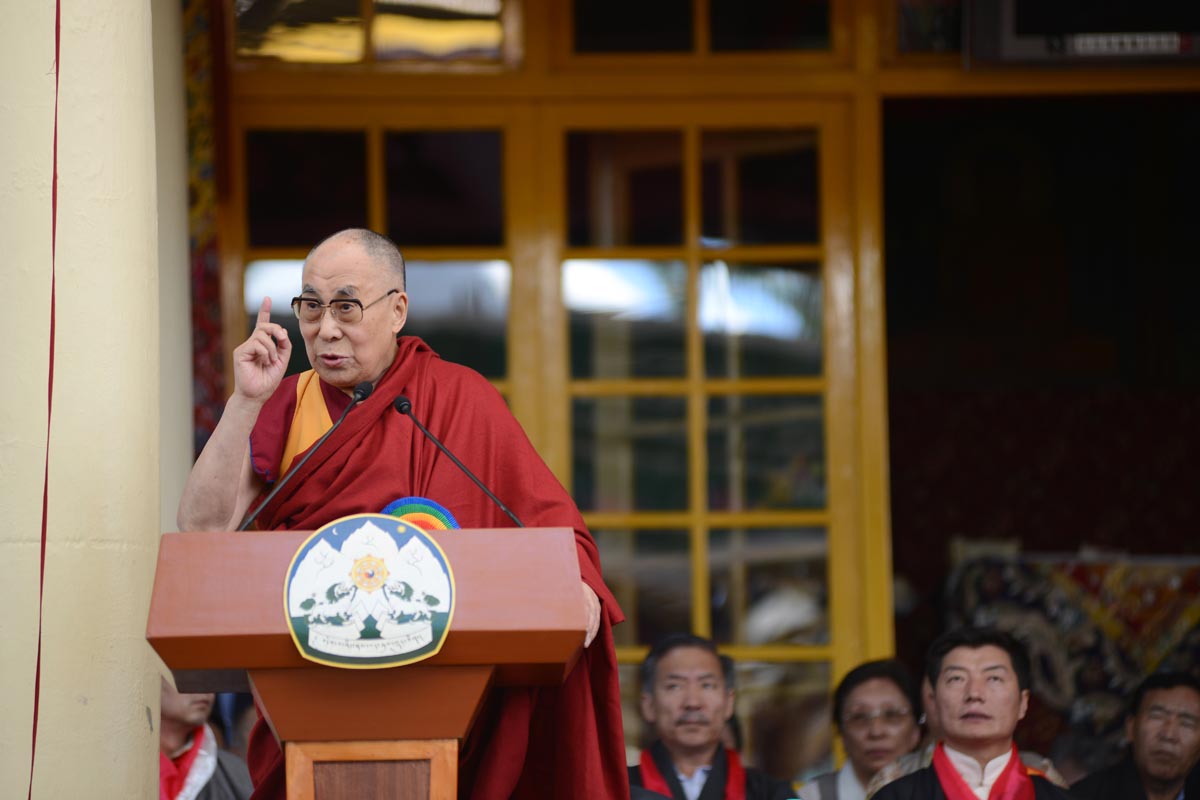 Shifting gears, I know the Vimalakirti Nirdesa Sutra is near and dear to your heart, as it is to mine. (At one point, I had planned to write my dissertation about it.) Would you say something about its influence on you personally and how it has inspired you as a scholar and a Buddhist teacher? When did you first read it? What did you think initially? Have particular teachings in the text affected you more over time than they did at first?

When I first was commissioned to translate it in the early 1970s, I was amazed at so many things about it. Tibetan practice traditions work with the scientific-instruction-transformation manuals of the great Indian masters like Nagarjuna and Asangsa, and sutras are only read for pleasure and inspiration — so I had not read the sutra during my time as a Buddhist monk. The creation and beautification of the buddhaverse / buddhafield, the profound dialogues between “Vimkee” and Manjushree, the inconceivable liberation, the various magical operations, the lion’s roar of Vimalakirti’s empowering silence — all these things blew my mind. I remember when I gave a copy of my translation when it was published to my root lama, Ven. Geshe Wangyal. I said, knowing he didn’t really read English books, “This is dedicated to you and for the monastery library. I just translated it from Tibetan.” He took the book in his hand, and said, “Oh, you’re just beginning to study this!” I said, “No, I translated it.” He said, “Oh, you’re just beginning to study this!” And he was so right! Over the years, as I have looked at it again and again, teaching its messages to students in classes for almost forty years now, looking at its versions in various languages, I find new depths in it all the time. And it’s also a lot of fun.

Buddhist Studies is practice. There are three “baskets” of Buddhist scriptures (Agamadharma), and three higher educations constitute Buddhist realization/practice (Adhigamadharma). The middle basket is the sutra basket, which corresponds to the middle practice which corresponds to mind or meditation higher education (chitta- or samadhi-adhishiksha), the other two practices / spiritual educations being ethical actions and wisdom scientific experiential insight discovery and understanding. So it’s all of a single piece, the vehicle of study, meditating, understanding, and putting into practice and life.

The Lion’s Roar is a mission-driven, reader-supported publisher of Buddhist teachings, news, and perspectives. We are committed to ensuring that the understanding and practice of Buddhism flourishes in the contemporary world.