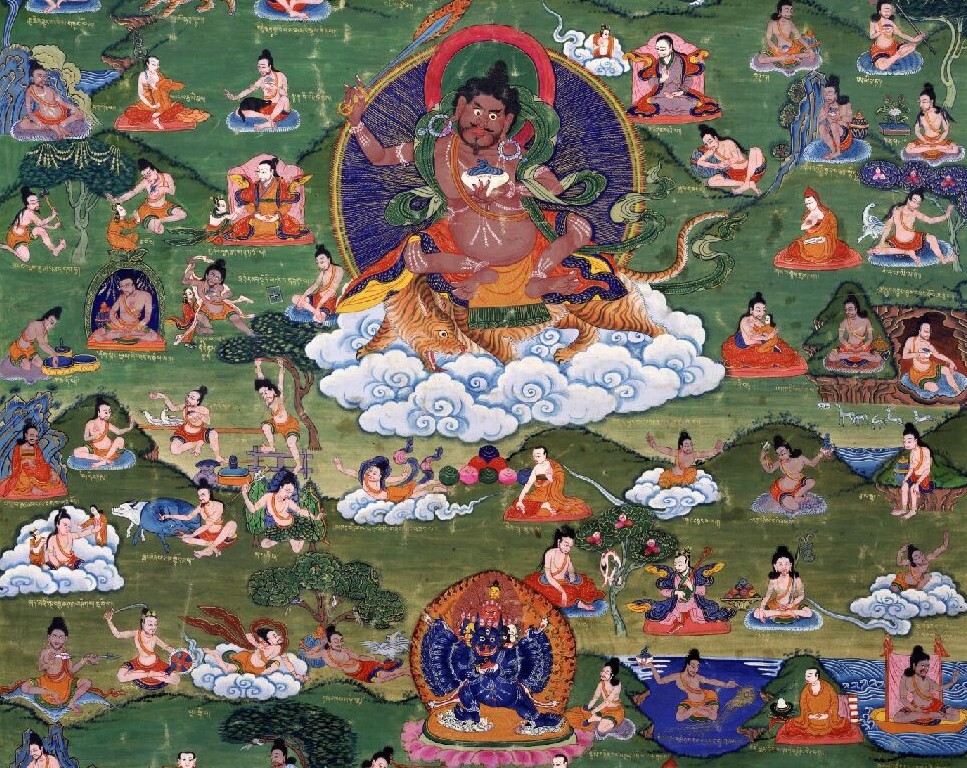 In most levels of Buddhism the authority and projection level of the mentor or teacher is de-emphasized because the burden is on the students to find things out for themselves, so the basic model of the spiritual teacher is that of a virtuous friend or auspicious friend, one who brings you good luck, and by giving teachings helps you gain knowledge and experience.

As a friend, he or she helps you on your way but you have to do it. It is important to remember the patriarchal context of Indian society. In traditional Indian knowledge fields the guru is a big authority figure – like a father figure – while there is a de-emphasizing of the father figure in most levels of Buddhism. In monastic Buddhism, the abbot is not a big boss and obedience is not a big virtue for the Buddhist monk or mendicant. In the Mahayana tradition, the spiritual friend is a teacher emphasizing how you have to get out there and do your own bodhisattva deeds and become a Buddha.

But in the Tantric and esoteric teachings, the guru figure – which in Tibetan is translated as the “Lama” – is brought back into play because in Tantra you’re dealing with the unconscious and you need someone upon whom to project different things to help you work out new relationships, like you do in psychotherapy. Also, there’s the initiatory practice of seeing the guru as the living embodiment of the Buddha when the teachings are transmitted to you.

The Tibetans have a proverb: “The best guru is one who lives at least three valleys away,” which means you receive the teaching and some initiatory consecration – and then you don’t hang out with that person too much, so you can maintain a pure vision of that person as a channel for Vajradhara Buddha, and not get caught up in their ordinary human manifestations.

I used to say – in giving lectures to Buddhist groups – that if people became enlightened in following the practices of Zen, Vipassana, Tibetan, whatever, they should combine their study of Buddhism with the study of psychotherapy and psychology, because the best livelihood in this society at this time for someone who gets a little bit of enlightenment would be to be a healer and a psychotherapist. This way they can help people in a sort of understood framework and relationship in context; otherwise they go back to do something that has nothing to do with sharing their enlightenment (though of course it would still radiate from them so it would be okay) or they try to become a professional guru and that has terrible problems associated with it. It is not really institutionalized in our society, it is something weird, and they are tempted to play guru games, and do all kinds of dumb things. They might go around thinking they are enlightened or pretending that they are… and it’s very hard for them.

I’ve often told guru’s and lama’s this – while training your students for enlightenment, they can be building toward a livelihood where that enlightenment can be wielded altruistically for others in a socially accepted and understandable way: to live and help and be recognized as doing that without having to act like a guru. This would be much healthier for them.

Excerpt from David Bullard‘s Interview with Robert AF Thurman, Used with permission of the author.

Professor Thurman will be participating in a lecture series called Vajrayana and Emptiness at Gelek Rimpoche’s Jewel Heart, NYC on Thursday May 7 @ 7pm. The lecture will also be livecast online by Jewel Heart via Webinar.