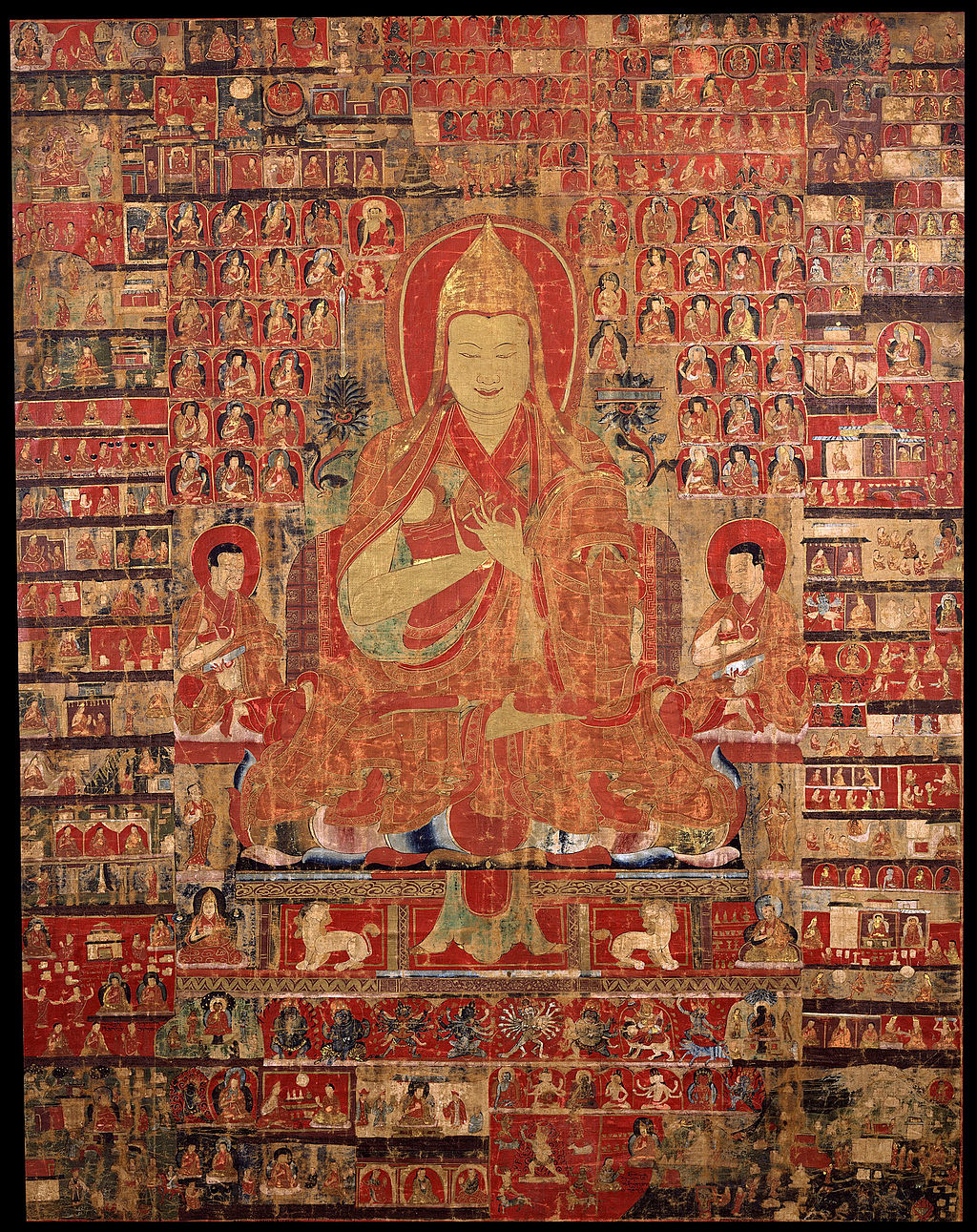 First, Tsongkhapa’s Essence of True Eloquence is a work of  “philosophy,” and hence a communication to  “philosophers” in the true sense of the title, as “lovers of wisdom, whose wisdom is their  love .” But where are today’s philosophers to be found?  Too many have almost forgotten that Science and Technology are mere children, that ageless Father Philo and Mother Sophia still must worry about their notions and their adventures. Thus neglecting the parents, these philosophers become enthralled by the willful children. Their  “philosophy” becomes a mere “handmaiden” of “Science ” and is hard-pressed even to cope with rambunctious Technology. They take comfort in assuming the role of technicians of language and other conceptual systems, servicing the theoretical software of the empirical experimenters, whose work they assume to be really important as directly affecting “physical reality.” They constantly proclaim the  ” end of philosophy,” or the “end of metaphysics,” and devote much care to  the history of this now obsolete pursuit. In fact, metaphysical thought is  still very much in charge of the prevalent world view. It seems at an end  only because it has become stuck on materialism, it has conceded final,  “objective” reality to the “given data” of the senses. In short, it has  become dogmatic and, like other dogmatisms before it, it has little patience with heresies. In particular, it has eviscerated itself by completely  devaluing the power and importance of the mind, losing sight of the role  the understanding plays in the actual construction of  “reality.” It has  therefore ruled out in principle its own power, the power of philosophy, to transform life, either individual or social.

On the other side are the existentialist, humanistic philosophers, who  decry the sterility of the technicians’ approach, and position themselves  somewhere among the poets and theologians. Still, all  too often they also take the “massive facticity” of the “given” for granted, and do not fully take responsibility for their imaginative construction of reality. They tend to defend metaphysics as an art form, avoiding the critical insights of the materialists, whom they rightly consider as having gone  too far, as having lost sight of the whole enterprise. In response, these “essentialist” philosophers tend to lose their moorings in metaphysical flights of imagination, unleashing torrents of terminology.

In the spirit of Manjushri, I would urge that philosophers hampered by either tendency, materialistic or romantic, no matter how diffident they may have become about the critical central role and liberative power  of philosophy, might find a new encouragement and inspiration from the  “light of the East,” if only they could break free of certain tacit presuppositions imposed on them by the conventional wisdom of our culture.  In my concern to open the door for them to appreciate central way  thought (which I will call  “Centrism” ), I see the main obstructive presuppositions shared by most modern philosophers to be: a sense  of the superiority, rational and cultural, of the “West”; a sense of the intrinsic progressivity of history; a sense of the intrinsic value of originality; and  a sense of the fundamental non-perfectability of human understanding. These four presuppositions prevent them even from seeking in this book  that which they would find interesting and helpful in their current philosophical malaises, for which the theories of emptiness and relativity are more than ever the needed medicines.

In another cultural universe, Tsongkhapa’s Essence of Eloquence is a major document in the great river of teachings known as the Buddha Dharma. It is thus of great importance to all practitioners of Buddhism, especially  those concerned with transcendent wisdom. The type of inquiry and intensity cultivated by this book is appropriate to the practice of transcendent insight, the advanced meditation of selflessness. But where are  today’s real practitioners of Buddhism to be found? Mo st of today’s  practitioners of Buddhism suffer from a variety of entrenched notions  against the intellect and its role and power as a vehicle of liberation.  They consider their duty to be the cultivation of a supposed “pure experience” free of concepts, unwitting of the fact that the conceptual  aggregate  (samjnaskandha) is always operative to determine any state of  consciousness. This is particularly tragic for many “meditators,” since by conceptually choosing to eschew concepts, they lose the flexibility of conceptual adaptation, and become stuck with whatever range of concepts their habit of mind deems comfortable. This dooms them as modern  persons to the grievous error of taking the nihilistic reification of the metaphysical nothingness underlying materialist culture  to be the emptiness or selflessness that is ultimate reality. And this tends to make them  morally defenseless against the dictates of various secular agencies. Practitioners from the remaining Asian traditionalistic Buddhist societies, on the other hand, most often fasten on some simple faith, stuck in an image  of themselves as incapable of taking the responsibility of understanding the nature of reality on their own.