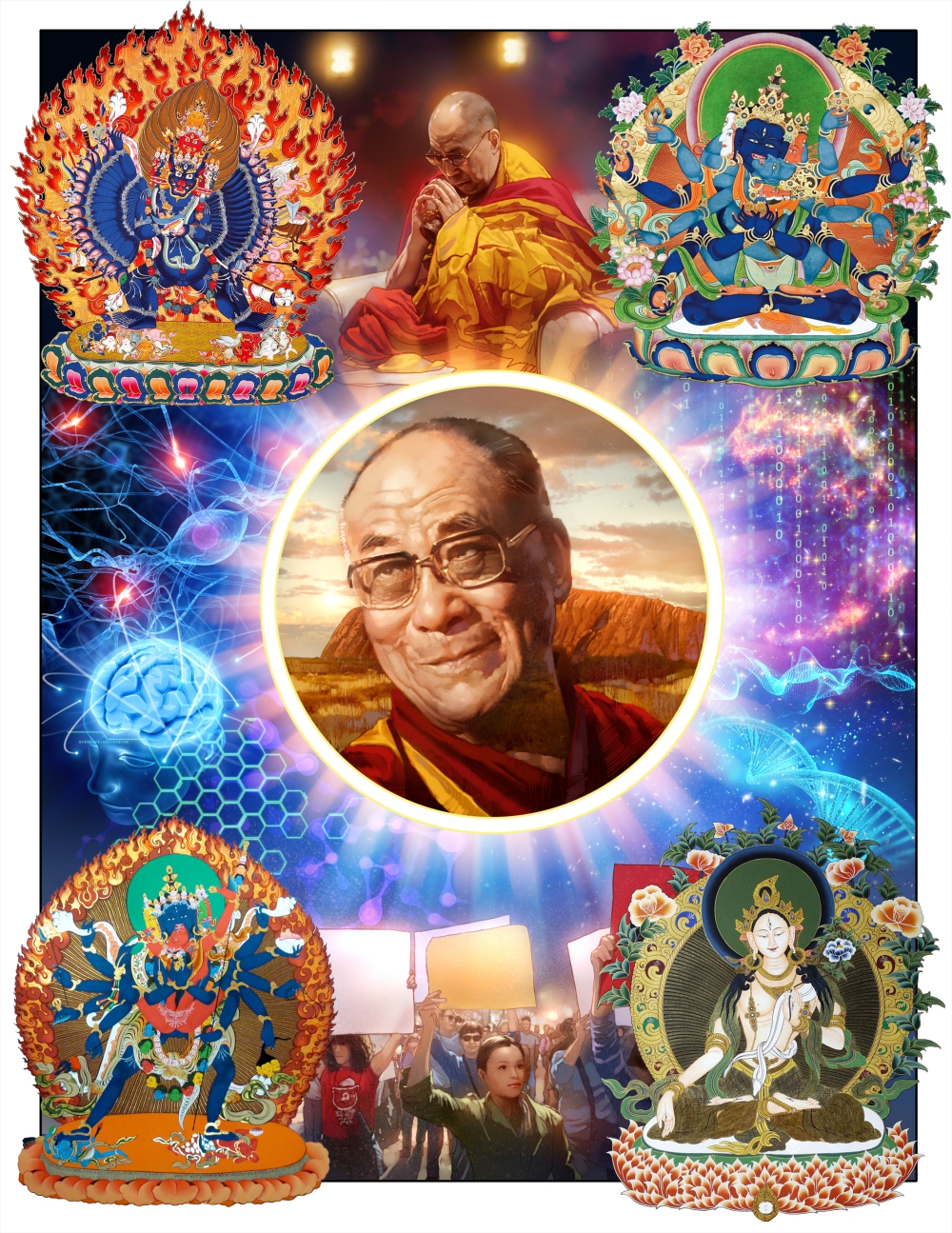 Visionary Man of Peace: An Interview with Dalai Lama

The Dalai Lama should certainly be included in any international register of the ten most influential living people in the world, much more so than many heads of state. In addition to each of the many honors he has received, he has personally met, impressed, and touched the heart of kings and queens, prime ministers, mayors, chancellors, university presidents, provosts, state governors, congresspeople, and senators. During these award ceremonies, he has reached out heart to heart with the community— 32,000 at Rutgers University, 20,000 at Harvard, 26,000 at Emory, plus large crowds in Europe and Australia. The books he has written on many subjects have been read by millions of people in more than thirty languages, a number of them becoming bestsellers in many countries. It can be evidently seen how the Dalai Lama, through his deep connections to the minds and hearts of many beings around the world, has a truly oceanic influence.

An excellent example of his visionary role is his speech to the European Parliament in Strasbourg on October 14, 2001, delivered shortly after 9/ 11 and twelve years after receiving the Nobel Peace Prize. In it we see him in action being a Dalai Lama for the larger world, in a time of great stress and danger. I will cite it here and draw out the meaning his words have for our current state of affairs.

Madame Speaker, Honorable Members of the Parliament, ladies, and gentlemen. It is a great honor for me to address the European Parliament. I believe the European Union is an inspiring example for a cooperative and peaceful coexistence among different nations and peoples, and deeply inspiring for people like myself who strongly believe in the need for better understanding, closer cooperation, and greater respect among the various nations of the world.

The Dalai Lama here hints at his longing for an Asian Union, with an Asian Parliament, wherein China, India, and Japan would naturally be dominant members, like Germany, France, and England, but with room still for smaller nations, Tibet emerging most fittingly as the Switzerland of the group. This would prevent the kind of tension throughout Asia that has caused two major wars, the Korean and the Vietnamese, and numerous smaller conflicts throughout the twentieth century.

A century ago, one would have thought that Germany and France would always be at war, not to mention Spain and England, who had multi-century global competitions, yet today they work cooperatively in a virtually borderless community with a common market and a common currency. The Asian nations fear China and India— the two giants left over from past conquest empires, the Manchu and the British, respectively— continuing the trajectories of military-industrial imperialism and colonialism. And of these two giants, China is central in its position in Asia. The people of Korea, Mongolia, Turkestan, Tibet, India, Nepal, Bhutan, Burma, Laos, Vietnam, the Philippines, and Taiwan can feel the intense pressures of the need for “living space” for China’s 1.3 billion people, the appetite for resources of its growing military-industrial economy, and the relentless determination of its attitude that it is culturally superior.

So the question is, does China, as Germany did in Europe several times, try to dominate all these surrounding people by forms of military-industrial tribal conquest? Or does China follow the example of today’s Germany and nonviolently participate as an equal state in a mutually beneficial community of nations? China could lead the formation of an Asian Union, an Asian common market, and even a United States of Asia.

Tibet is the key point where now conquest and colonial domination prevail, evident to all nations though unacknowledged by the giant. And so, Tibet is the key point where China can show its superiority by avoiding the past century’s futile and destructive attempts at world conquest by various Western nations and a Westernized Japan and go straight to a nonviolent economic, cultural, and pluralistic union. The Dalai Lama can help China make that historic turnaround.

From ‘Why the Dalai Lama Matters: His Act of Truth as the Solution for China, Tibet, and the World‘. Published 2008, Atria Books/Beyond Words.

To learn more & to support the about the Man of Peace Graphic Novel Project visit the crowdfunding page on Fundly.