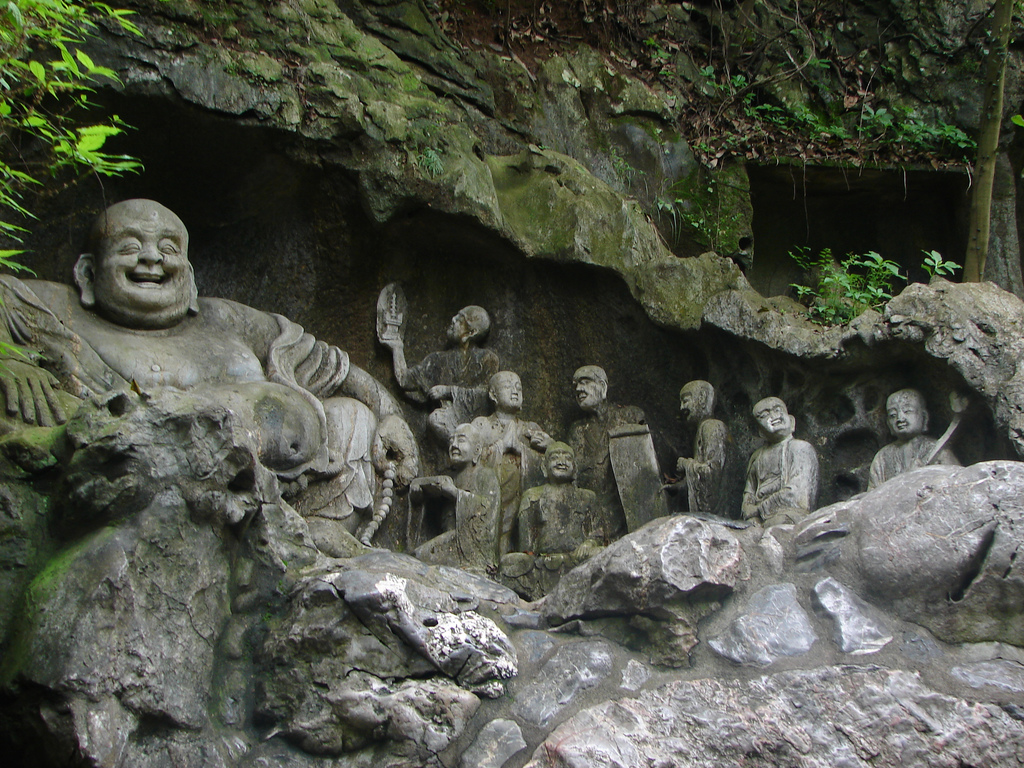 Opening this week’s podcast with a discussion of mindfulness of the breath as it relates to the practice to reciting mantras Professor Thurman gives instructions from the Zen Buddhist tradition before introducing the root text from the 2017 Force For Good Class Series: Dr. Bo Jiang’s translation of Bodhisattva Maitreya’s “The Sublime Continuum Super-Commentary with the Sublime Continuum Treatise Commentary” published by AIBS, Tibet House US and Columbia University Press.

In this two part podcast Robert A.F. Thurman provides a quick fire summary of the historical Buddha’s core teaching of The Four Noble Truths, an introduction to Buddhism’s messianic figure of Maitreya, the future Buddha before going on a deep dive into the history of the 4th Century Indian Author Asanga and his brother Vasubandhu, co-founders of the Yogacara school of philosophy and a humorous perspective of the film “Death Becomes Her”.

Podcast concludes a re-telling of the story of Asanga and the Dog, an in depth discussion of the Three Jewels of Buddhism (The Buddha, His Teachings and the Community of practitioners of his philosophy known formally as The Sangha) their relationship to mindful bliss, clear light, the subtle body and the death process.

Buddha’s Mindful Bliss + The Sublime Continuum – Episode #168 of the Bob Thurman Podcast Photo of Hotei Buddha with Asanga and Vasubandhu by Ryan via www.flickr.com.

This talk was recorded during the “The Buddha Soul, Nature, Essence, Element, or Womb” Force For Good Class at Tibet House US in New York City, October 2017 with Robert A.F. Thurman & is apart of the THUS Member Archive.

The Tibet House US Conversations podcasts are produced through the generous support of its membership community and are a part of the digital member archive made available as a part of becoming a monthly supporter.

To learn about the benefits of Tibet House US Membership, please visit: www.tibethouse.us.