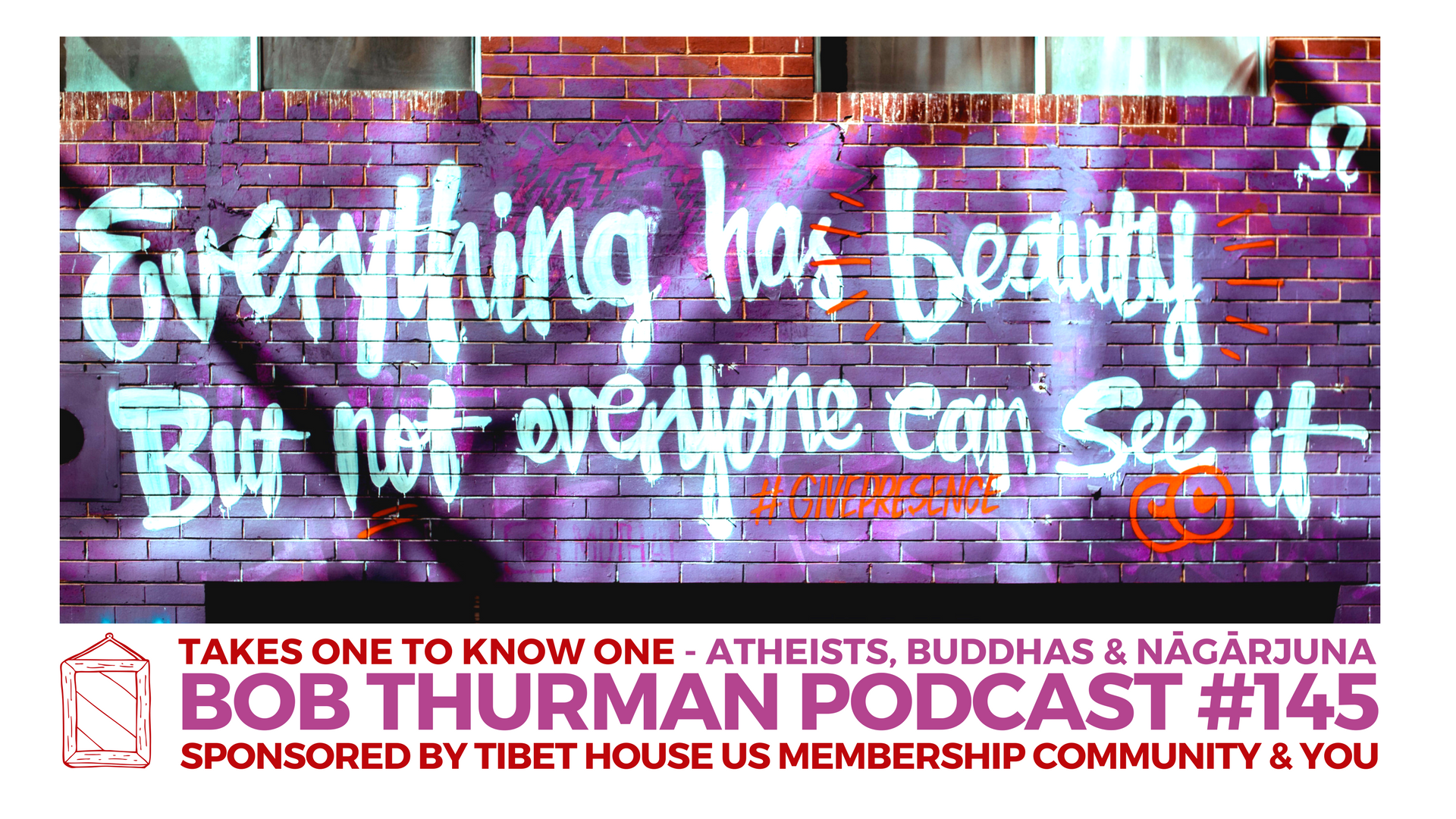 Robert Thurman opens this two part podcast by comparing and contrasting expressions of nonduality and nirvana in Buddhist & Vedantist philosophies. Describing the modern consensus reality that assures individuals of their lack of post-death soul-continuation though secular educational indoctrination, Professor Thurman explains the need to explore the usefulness of the Buddhist teaching of emptiness in order to help people free themselves from the widespread blind faith in (pseudo-)”scientific” nihilism in regards to the ongoing life of the soul, or super-subtle mind-continuum.

Includes a close reading of Nāgārjuna‘s “Jewel Garland of Royal Counsel”, a re-telling of a favorite story of the Buddha’s teaching of the gods and his subsequently divine mother residing in the “33 heaven,” and a warning about how a common misunderstanding of emptiness leads certain “guru” figures to lose their spiritual and ethical balance.

Second part of this podcast opens with an explanation Vipassana Meditation & the method of Vedic analysis of negation Professor Thurman refers to as the “Neti Neti Processes”.

Photo by Annie Spratt on Unsplash

This podcast is an excerpt from “Non-duality in Buddhist & Vedantist Philosophy: Religion in the Modern World Inaugural Talk” given by Robert AF Thurman October 21st, 2017 hosted by the Vedanta Society of Berkeley in collaboration with the The Institute for South Asia Studies at UC Berkeley.

“The Traditional Concept of Vedanta: Vedanta means the Upanishads, which form the end of the Vedas. Vedanta also refers to Vedanta Darshana, one of the six systems of Hindu philosophy based on Badarayana’s Brahma Sutras. Brahma-vidya, the sum total of all the truths and laws of the spiritual world, is revealed through the Upanishads, the Bhagavad Gita, and other scriptures.”

The Vedanta Society of Berkeley traces its roots to a dedicated group of devotees, who were inspired by Swami Vivekananda’s evocative lectures during his visit to the Bay Area in 1900. Among the devotees, Sarah Fox, her sister Rebecca Fox and Frank Rhodehamel formed a regular Vedanta study and discussion group in Oakland under the tutelage of Cornelius Heijblon (later Swami Atulananda). This convivial, intellectual group was instrumental in propagating the Vedantic movement in the East Bay.

To watch + listen to more recordings of past events with Robert AF Thurman please consider becoming a Tibet House US member. Learn about joining the Tibet House US Membership Community with a monthly tax-deductible donation by visiting: www.tibethouse.us. 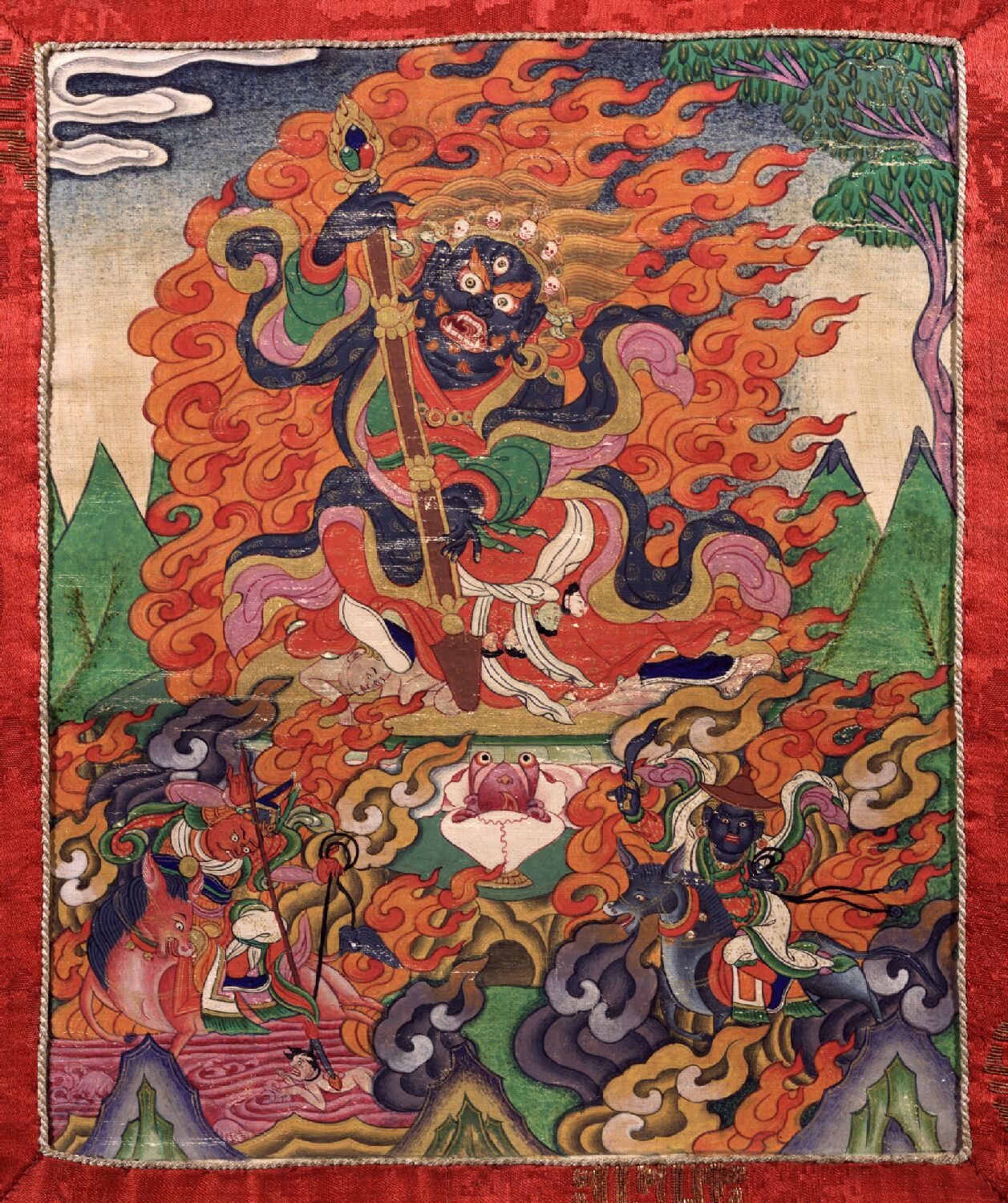 No sane person fears nothingness. It might be boring. It might not be delightful. But at least it should be restful, peaceful, and painless. And relative to all the troubles […]  [more]